Spread the love
After the demise of Issac Newton’s (25 December 1642 – 20 March 1726) Corpuscular Theory Of Light or Particle Theory Of Light, the whole scientific world leaned towards the Christiaan Huygens (14 April 1629 – 8 July 1695) Wave Theory Of Light for the proper explanation of the behavior of light.
Later at the beginning of the 20th century, when the classical wave theory was not able to explain the Black-Body Radiation, there came a German theoretical physicist Max Planck (23 April 1858 – 4 October 1947) who shocked the whole scientific world with his discovery of energy quanta for the explanation of the classical problem regarding the distribution of the electromagnetic radiation emitted from black-body radiation by his strange assumption that, “electromagnet radiation can only be emitted or absorbed in discrete packets known as quanta“.
Later Albert Einstein (14 March 1879 – 18 April 1955) a German theoretical physicist solidified Planck’s discovery of energy quanta by utilizing Planck’s hypothesis while explaining his photoelectric effect.
In simple word, not only light is a wave but also light behaves like a beam of particles (photons), as explained by Albert Einstein using max Planck’s hypothesis

❋ The above paragraph was a brief review of how was the world’s view before the emergence of a French physicist Louis de Broglie.

The Dawn Of The Prince Of Quantum Physics 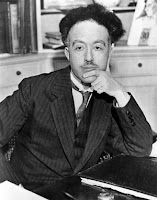 Louis-Victor-Pierre-Raymond, 7e Duc de Broglie (15 August 1892 – 19 March 1987) was a French physicist, was one of the central figures for the development of quantum physics who made the groundbreaking contribution to quantum theory. Louis (The Prince Of Quantum Physics) had thought otherwise: what if particles also behaved like waves? and suggested all matter has wave properties.


In the year 1924, one day a young French noble managed to turn down the whole quantum mechanical world on its head, just before when it was about to find its feet. De Broglie in his Ph.D. thesis (Research On The Theory Of The Quanta) proposed a theory of electron waves in which he postulated the wave nature of electrons and simply suggesting that all matter has wave properties, which was completely based on the work of Max Planck and Albert Einstein on light (photon).
His research builds up to form a central part of the Quantum Mechanical World, formally known as De Broglie Hypothesis stating that any object or moving particle had an associated wave.

De Broglie Hypothesis also was popularly known as the matter waves which states that “all matter exhibits wave-like properties. Such that a beam of electrons can be diffracted just as a beam of light or a water wave.

De Broglie, in his 1924 Ph.D. papers, introduced a concept same as light having both particle-like and wave-like properties, similarly electrons (in fact all the matter) also have wave-like properties too. According to the assumptions made by Louis De Broglie, if a light has both particles as well as wave nature then this may be also true for all types of matter also.

Albert Einstein was the first one to explain the wave-particle duality of light in his photo-electric effect theory. De Broglie hypothesized that any particle should also exhibit such duality and as a by-product of wave-particle duality, De Broglie further conceptualized the standing wave to be related to discrete wavelength. And as a result, the wave nature of a particle is quantified by de Broglie hypothesis.

p = momentum of a particle

In the above equation, De Broglie concluded the two observed phenomena (Planck’s Quantum theory and Einstein’s special relativity) with mathematical certainty.
Thus for the first time in the history of the scientific timeline uniting these two theories by one common theoretical foundation.


✱ above relationship correctly stands for all types of matter.


When I conceived the first basic ideas of wave mechanics in 1923–24, I was guided by the aim to perform a real physical synthesis, valid for all particles, of the coexistence of the wave and of the corpuscular aspects that Einstein had introduced for photons in his theory of light quanta in 1905.

As the name goes De Broglie’s hypothesis because at that time there was no experimental evidence to prove it when it was proposed. There was just some correlation with existing theories such as “the momentum and wavelength relations hold exactly for photons as explained by Planck and Einstein”.

Well according to Louis Victor De Broglie, not just light– our whole world is quantum. A conclusion so bold that as a result it was immediately rejected by many pioneers of the scientific world such as Wolfgang Pauli etc. But that was not the case with Albert Einstein who warmly supported the De Broglie conclusion.

Experiments on interference made with particle ray have given brilliant proof that the wave character phenomena of motion as assumed by the theory does, really corresponds to the facts

De Broglie waves or matter waves or wave-like behavior of matter was first experimentally demonstrated by George Paget Thomson’s (Son Of J.J Thomson) thin metal diffraction experiment. Later in 1927, the matter-wave was independently confirmed by American physicists Clinton Davisson and Lester Germer in their experimental demonstration named Davisson-Germer experiment. All three of them ( George Paget Thomson, Clinton Davisson, and Lester Germer) shared the noble prize for physics in 1937 for their independent demonstration of the matter waves or de Broglie waves.


Later it was also confirmed for other elementary particles, atoms, even some molecules too. The De Broglie Hypothesis for matter-wave is very crucial to atomic physics as well as particle physics. The confirmation of wave-particle duality was an important historical development for the establishment of quantum mechanics and the Schrodinger equation.

Therefore, by uniting the physics of energy (wave) and matter (particle), Louis Victor de Broglie invented a new field of physics which is today known to us as wave mechanics

Thus finally confirming the De Broglie hypothesis for matter-wave, who was later awarded the Nobel prize for physics in 1929 just after five years he had presented his doctoral thesis.


Determination of the stable motion of electrons in the atom introduces integers, and up to this point the only phenomena involving integers in physics were those of interference and of normal modes of vibration. This fact suggested to me the idea that electrons too could not be considered simply as particle, but that frequency (wave properties) must be assigned to them also.

✱ Electron Microscope is an application of the De Broglie Hypothesis.


At last, I will leave you all my readers with a quote by Louis De Broglie regarding Quantum Mechanical World, and he quote

The electron can no longer be conceived as a single, small granule of electricity; it must be associated with a wave, and this wave is no myth; its wavelength can be measured and its interferences predicted.

On that note, I can say that I have tried enough to give an overview of How De Broglie Hypothesis Changed World’s View Toward Quantum Mechanical World. If there are any suggestions, feel free to comment.
That’s it for this post — share it if you like, like it if you share
∗ Don’t Believe It As I Said Till You Yourself Believe It First – Gautama Buddha