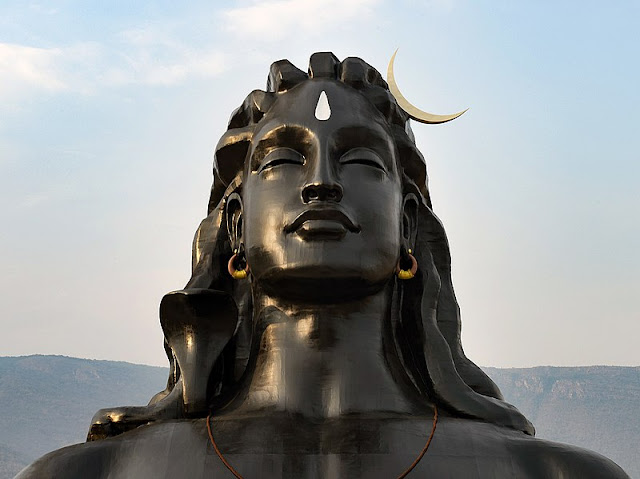 Maha Shivaratri is a Hindu festival celebrated especially in India and as well as in Nepal in the honor of The God Of Destruction – SHIVA. Shivaratri is generally observed by Hindus. This festival marks overcoming darkness and ignorance in life. Shivaratri is celebrated by simply remembering Shiva, chanting prayers of Shiva, practicing yoga, fasting, and contemplating ethics and virtues of honesty, restraint, and forgiveness.


When Shivaratri Is Celebrated?

Well, Shivaratri is celebrated every month (12 times ) according to Hindu Calendar, but Mahashivratri is observed once a year in late winter (February/march or PHALGUNA). The 13th night (waning crescent phase at night) /14th day (new moon phase during the day) of every lunar month is observed as a day of Shivaratri. Among all the twelve Shivaratri, Mahashivaratri is observed in February-march lunar month – which is also regarded as “The Great Night Of Shiva”.

Why We Celebrate Maha Shivaratri?

According to The Legend Of Mahadev, The Supreme One – there are so many distinct stories related to the celebration of Mahashivaratri such that

These legends or Mythological Stories are often regarded as The Origin Of Shivaratri or Maha Shivaratri. But there is one more mythological story of the origin of Shivaratri and as well as the creation of Phases Of The Moon.

Why We Celebrate Maha Shivaratri – In My View

It was the time when the Adi Shakti (eternal consort of Lord Shiva) was on the earth (Bhuloka) as the Goddess Sati (long before the emergence of Goddess Parvati). Devi Sati was the daughter of the Prajapati Dakṣa (lord of all born being and son of Lord Brahma-The Creator). According to Puranas, Prajapati had so many daughters (as no of the daughters can’t be a significant number as different Puranas suggest the different number of daughters).
Out of his so many daughters, Prajapati married his 27 daughters to Chandra (Moon God or we can say to the natural satellite of the planet earth). These 27 wives of Chandra are the 27 Nakshatras (the constellations) which are on the moon’s orbit. Chandra was the son of Vedic sage Atri (one of the Saptarishi) and Anasuya.

Even though Chandra married 27 daughters of Prajapati Daksha, yet he overly favored only one daughter i.e Rohini. Chandra while being in love with Rohini, neglected the needs and responsibilities of the other 26 wives over Rohini. So as a result, some of the wives of Chandra complained about the neglecting behavior of Soma to their father Daksha. As a father, Daksha became furious over Chandra dev unforgivable deeds. And for this Prajapati Daksha cursed Chandra to wither and die or he will have to suffer from “Kshay” – deterioration of body within a limited period of time. Only Mahadev could protect the Chandra from the wrath of Prajapati Daksha.

During that time, Prajapati Daksha had also abandoned the worshipping of Lord Shiva i.e Daksha had cursed Lord Shiva that no one will pray to him. Only Mahadev could free Chandrama from the curse of Prajapati Daksha. With help of Lord Vishnu (the preserver) and Lord Brahma (the creator), Devi Sati relieved Lord Shiva from the curse of Prajapati Daksha.
Later when Mahadev was relieved from the curse, that means anyone can worship Lord Shiva; then in order to get rid of the curse, Chandra worshipped and performed the hardest penance of “Mahamritunjaya Mantra” composed by Sage Markandeya to please The Supreme One. And finally, Lord himself appeared in front of Chandra. Mahadev told soma that he could not completely remove the curse given by Daksha because what Chandra had done to his wives was unforgivable.


But later for the well-being of nature and planet earth, Lord Shiva agreed to relieve the Chandra from the curse of Prajapati Daksha but not completely. Mahadev explained to Chandra that he had to face the curse but only half of it. So Mahadev placed him on his head ( that is why Mahadev is known as Chandrashekhara) and gave Chandra the boon that, ” in a month, for 15 days he would face the curse and decrease in size and for 15 days he would grow to the larger extent”.  The totally diminished Chandrama is nothing but “AMAVASYA or NEW MOON DAY” and the full-sized Chandrama is “POORNIMA or FULL MOON DAY.

The place where Chandra worshipped Lord Shiva is now known as Somnath temple which is in Gujrat made by Chandradev himself. this day, when Lord Shiva protected the Chandradev from the wrath of Prajapathi Daksha and also the Devi Sati relieved Lord Shiva from the curse of Prajapathi Daksha come to be known as the origin of Mahashivaratri festival. This is also the day when Mahadev accepted Devi Sati as his eternal consort.

How To Do Maha Shivaratri Fasting?

Mahashivaratri fast is considered as one of the most important fasts for the devotees of Lord Shiva. As Shiv Purana goes on to say that if a devotee observes Shivaratri Vrata with sincerity, pure devotion, and love; he is blessed with the divine grace of Lord Shankara.
It is a well-known fact that,

But for those who want to observe strict Maha Shivaratri fast should take bath with water that is being boiled with black sesame seeds. As of bathing with sesame seeds water, it washes away the bodily impurity. after bathing, a devotee should put fresh clothes, then devotee should visit the nearest Lord Mahadev temple in order to pray and perform the rituals such as ShivLingam bath with water, milk, and honey, etc.
Following the sacred bath, a devotee should apply Haldi-Kumkum on ShivaLingam and place white and pink colored flowers. After that, a devotee should place Bel Patra on the top of the ShivaLingam. in the praise of Lord Shankara, aarti and bhajans are sung to invoke the blessings of a large-hearted Lord Bhole Nath.

There are so many different kinds of prayers that are offered to Lord Bhole Nath during Maha Shivaratri. In my view, while ShivLingam Abhishekam a devotee should pray,

“O Lord ! I will bathe Thee with water, milk, etc. Do Thou kindly bathe me with the milk of wisdom. Do Thou kindly wash me of all my sins, so that the fire of worldliness which is scorching me may be put out once for all, so that I may be one with Thee-the One alone without a second”

Though my blog is related to the aspect of physics. But as a devotee of Lord Shiva, I could not stop myself from writing an article on Maha Shivaratri.
ON that note, I can say that I have tried enough to give an overview that Why We Celebrate Maha Shivaratri – In My View within my reach. If there is any suggestion, I am all ears. Feel free to comment.
That’s it for this post — share it if you like, like it if you share ????

1 thought on “Why We Celebrate Maha Shivaratri”